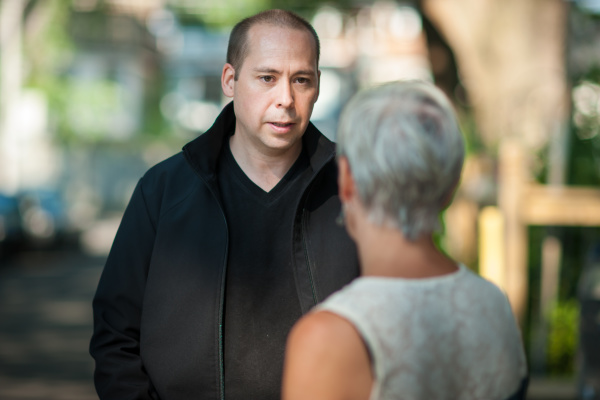 The Green Party of Canada has never had as much momentum as we do now. In this upcoming election (Vote2019) we are perfectly positioned to make a historic move and dramatically increase our representation in Parliament.

Our recent success has crossed the federal, provincial and municipal divide. We’ve elected members from BC to PEI and of course, we have two members, Elizabeth May and Paul Manley, in the House of Parliament fighting for your future and the changes you demand.

This upcoming election is more important than ever. Vote2019 will be an opportunity to make a strong statement on climate change, democratic reform and smart economic growth.

As a long time resident of Toronto-Danforth, I know what strong ties we have to green values.

Toronto-Danforth needs a strong green voice in parliament and I hope you’ll give me a chance to make the changes we demand.

Help us turn Toronto-Danforth Green in 2019.

YOU CAN MAKE A DIFFERENCE

Reserve a lawn sign, volunteer, or join our campaign team. Help us make a difference in Toronto-Danforth

A smart, modern economy that serves Canadians, and not the other way around. An economy that promotes growth through international trade that is fair to all, creates thousands of jobs through investment in green industries and is based on a revenue-neutral carbon pricing system that reflects the true cost of products.

Bringing in aggressive measures to avoid catastrophic climate impact by:

Reforming the voting system by implementing proportional representation and taking steps that move us away from the party system.  Doing so will promote true local representation that is free from external pressures that do not necessarily serve local constituents.

Decentralizing the PMO, allowing MPs holding power to vote with their hearts, and not vote as they are whipped.

Promoting the arts and culture as an essential element to our Canadian identity.

Recognizing the injustice done to our First Nation’s peoples, and moving towards implementing the spirit of the UN Declaration on the Rights of Indigenous Peoples.

Please Note: The environmental impact of this nomination campaign has been offset through a purchase of a Gold Standard, Certified International Carbon Offset.

Chris has been an active member of the Green Party of Canada for close to ten years. He has been on the campaign team for three elections, and was the Candidate for the Toronto-Danforth Greens in the 2015 federal election.

Chris is also an award-winning writer, director and broadcaster. He is the co-producer and on-air-host of CBC’s PlayME, Canada’s national audio drama program.

With a strong focus on social justice issues, his work has gained national recognition and built an international audience. He is also the Co-Artistic Director of EXPECT, a theatre company that has twice been recognized as finalists for the Toronto Arts Foundation Awards for bringing the arts to Toronto’s marginalized neighbourhoods.

The social justice themes that he explores in his artwork naturally led him to the Green Party. He has been a member of the Toronto-Danforth Executive since 2011, and has acted as the Financial Agent or the President since joining.

As the candidate in the 2015 general election, Chris had the opportunity to debate the likes of Bill Morneau, the current Finance Minister, and MPs Adam Vaughan, Craig Scott and Julie Dabrusin. Later he was also active in the fight for democratic reform, having spoken before the Special Parliamentary Committee on Electoral Reform, as well as organizing local community ERRE committee submissions.

Chris is a long time resident of Toronto-Danforth, having lived here since 1999. He has been very active in supporting his east end community, from sponsoring local youth soccer teams, to holding town hall meetings and supporting the fight against the Toronto Island airport expansion.

Raising a family in Toronto-Danforth has brought Chris even closer to his neighborhood and community. Chris lives in Leslieville with his wife, Dharini, and their two young children. 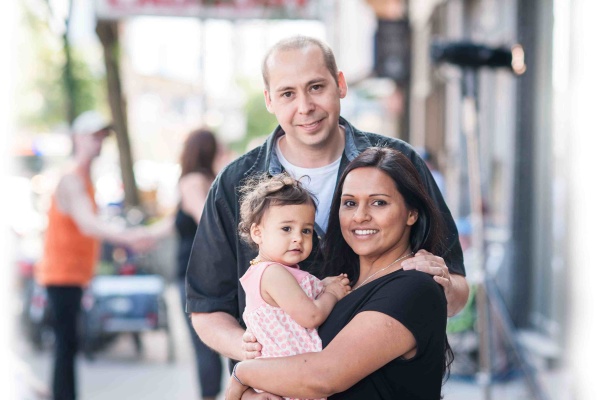 This election is an important one. There are several ways you can help support the Toronto-Danforth Greens in 2019.

Join our email list. Stay informed and up to date.

Join our team. Become a volunteer.

I’d love to hear from you…

YOU CAN MAKE A DIFFERENCE...

Reserve a lawn sign, volunteer, donate, or join our campaign team. Help us make a difference in Toronto-Danforth.